Grasser Racing Team – How it all started.

Graduate engineer and former racing driver Gottfried Grasser founded GRT with friends in 2011 as a small outfit with an ambitious goal - to become one of the top-class teams in sports car racing.

Based in St. Margarethen near Knittelfeld only five kilometres from the famous Red Bull Ring, the venture began with only a handful of people and a one-room workshop for a single car. More than a decade of relentless work and determination later, they have turned GRT into a household name in international motorsports. The team’s breakthrough came in 2014, marked by the start of its successful collaboration with Lamborghini Squadra Corse. GRT’s remarkable appearances on the European stage led to the Italian sports car manufacturer partnering with the organisation and tasking it with the development of the Lamborghini Huracán GT3. In 2015, GRT were victorious on the car’s debut in the hard-fought Blancpain Endurance Series at Monza. 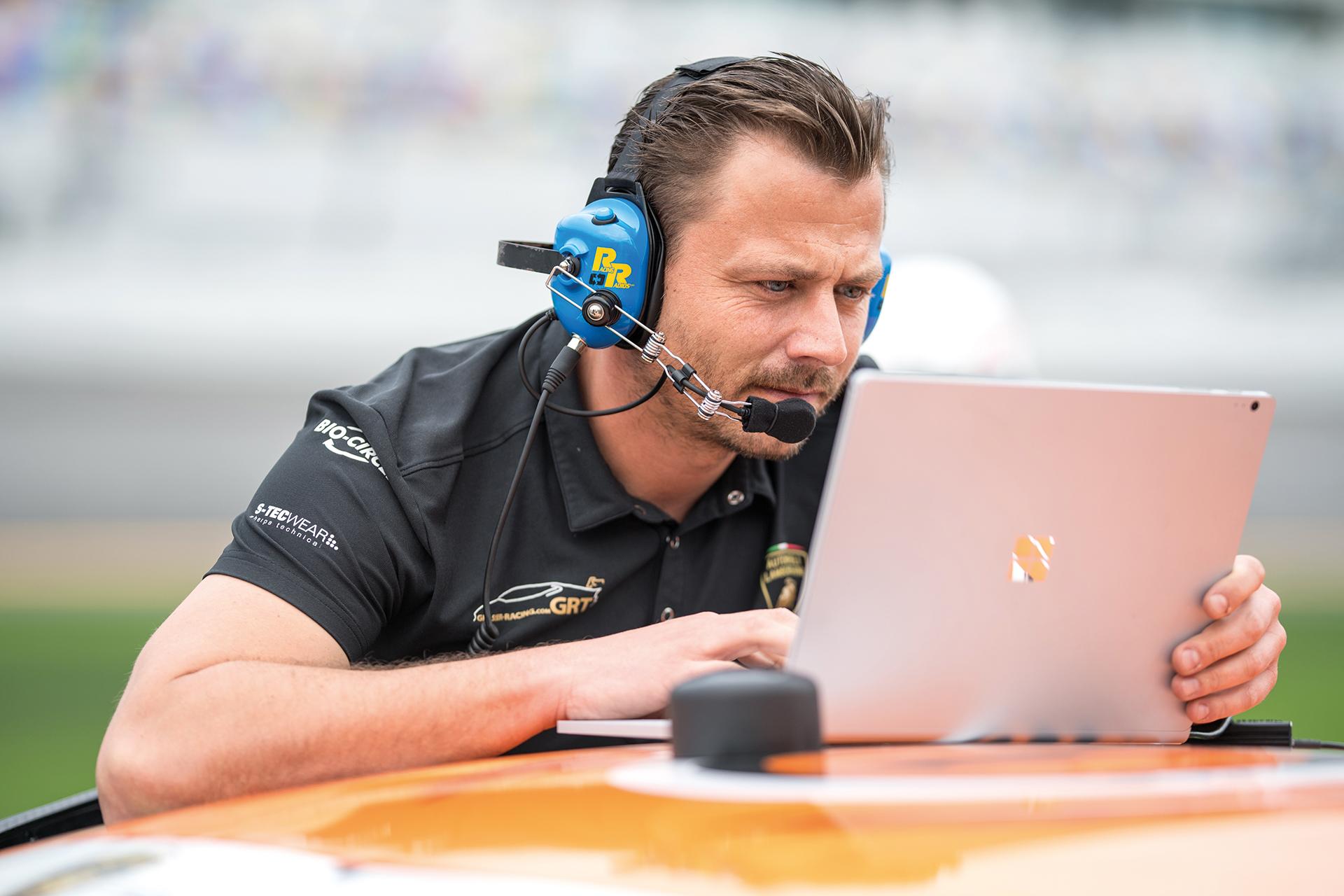 A couple of weeks later, they repeated the feat when the Lamborghini Huracán GT3 won on its first showing in the ADAC GT Masters at the team’s home fixture in Spielberg. This immediate success set the course for many more milestones subsequently achieved by the Austrian squad. In the years to follow, GRT and their Lamborghini racing cars left their mark on the most demanding championships in GT3 motor racing, competing in both sprint and endurance events. 2017 saw them take title honours in winning the overall championship in the Blancpain GT Series, now GT World Challenge Europe. In the ADAC GT Masters, the team notched up a total of 12 wins and 17 pole positions.

Further notable success came on the other side of the Atlantic Ocean in the renowned IMSA Sports Car Championship. In 2018 and 2019, GRT took victories in the most important endurance races on American soil. The squad’s Lamborghini Huracán GT3 EVO crossed the finish line first in the notoriously tough 24 Hours of Daytona in both years as well as winning the 12 Hours of Sebring on one occasion. In 2022, the outfit is now ready to take on the new premier class in GT3 racing together with Lamborghini Squadra Corse. Their participation in the prestigious DTM will mark the start of a new chapter in the history of GRT.

As a Lamborghini SQ factory-supported team, GRT has been celebrating memorable victories since 2015: