The DTM round at the Nürburgring again failed to deliver the deserved result for GRT on Sunday. The four Lamborghini Huracán GT3 EVOs of the Austrian team once again showed strong pace despite carrying 20 kilograms of added ballast compared to the previous day. Lamborghini factory driver Mirko Bortolotti put in a strong recovery drive and was fifth when he was taken out of the race by a competitor with three laps to go through no fault of his own. Clemens Schmid was also on course for a points result, but got bumped into by another driver as early as lap ten and had to retire. With Alessio Deledda and Rolf Ineichen in 17th and 18th place, the other two GRT drivers saw the chequered flag.

After the fastest lap in Saturday's race, GRT delivered yet another proof of the Lamborghini Huracán GT3 EVO's competitiveness in the DTM in qualifying on Sunday. In an extremely close session, Mirko Bortolotti missed out on pole position by a tiny margin of 0.028 seconds and finished in fourth place with a lap time equal to the third-placed driver. Rolf Ineichen also made a strong showing in the top-class DTM field of 28 competitors. The 44-year-old Swiss was only three tenths of a second behind the pole position time and claimed a spot on the tenth row of the grid. Clemens Schmid, thwarted by a technical problem, finished one place behind, while Alessio Deledda held his own against his direct rivals on row 14.

Due to a grid penalty for an incident the day before, Mirko Bortolotti started the second race in ninth position. In the fiercely contested opening laps, the 32-year-old Italian dropped back to 16th position. With strong moves and an early safety car period, he moved back up to ninth position in no time. The Lamborghini factory driver then made best use of the restart to take fifth position. While performing an overtaking manoeuvre in the battle for fourth, he suffered a puncture three laps from the finish when his rival turned into him and made contact.

For Clemens Schmid, Sunday also did not hold the reward he deserved. The 32-year-old Austrian was deprived of a better starting position in qualifying due to technical difficulties. In the early stages of the race, he fought his way up from 21st on the grid to twelfth. At the restart on lap ten he was already inside the top-ten, but was collected by a competitor on the approach to turn five and ended up off track. The race was over for him on the spot with a damaged car.

Rolf Ineichen and Alessio Deledda showed great fighting spirit in the midfield on Sunday. The duo was initially at a disadvantage due to the pit stops during the safety car period, as they were only able to come in for a tyre change one lap after their teammates. In the second part of the race, they both made their way through the field from the back. Alessio Deledda was the best-placed Lamborghini driver in the field at the finish in 17th place. The 27-year-old Italian finished one position ahead of Rolf Ineichen.

In the overall standings, Mirko Bortolotti is in second position with three race weekends to go. The gap to the leader is 21 points. Grasser Racing is in fifth place in the team standings. The next stop on the DTM calendar awaits at Spa-Francorchamps, Belgium, from 9 to 11 September.

Rolf Ineichen: "The car was running really well and I was very happy with my lap in qualifying. We got the best out of the balance of performance and the feeling was right all weekend. However, the gaps were very tight and it was only enough for 20th on the grid. The start of the race was again very promising, although the racing was very hard as usual. The safety car period then set us back by quite a lot, because Mirko was obviously in first and I had to wait another lap. I tried to make up ground afterwards, but it was difficult. Other cars made contact with me several times and in the end there was nothing more in it. Thanks to the whole team for the good work."

Clemens Schmid: "I find it hard to find the right words after this day. We were fast all weekend and never had luck on our side. In the second qualifying session there was a small problem with the car that robbed us of a better starting position. Then the race went really well. Our car was fast and I was already in the top-ten when I was collected by another driver. The damage caused was too much to continue. The aggression of some of the participants is questionable and I don't think the race control is cracking down hard enough. There is a clear lack of discipline."

Alessio Deledda: "We made good progress in qualifying, which I was happy about. It was my first time on this circuit and my one-lap pace was significantly better compared to the first half of the season. Our race pace was also positive, although the long second stint didn't make it easy. The rear tyres degraded a lot over the distance, but towards the end I got on better again and caught up. The result is okay and we can be satisfied with this development."

Gottfried Grasser, Team Principal of GRT: "It was an unrewarding weekend for us. We didn't get anywhere near what was possible for us. That's really bitter, because the team did a fantastic job once again. Our cars were fast and especially the crew of Clemens and Alessio made great progress again. They had the fifth fastest pit stop of the race and we can be really proud of the performance in the garage. On the race track, unfortunately, we didn't always make the best decision and on top of that we were very unlucky on Sunday. Mirko and Clemens drove strong races and both didn't see the chequered flag through someone else's fault. That is very frustrating, but we cannot let it drag us down. Our package is competitive in every way and we will do everything possible to make things go our way again in Spa." 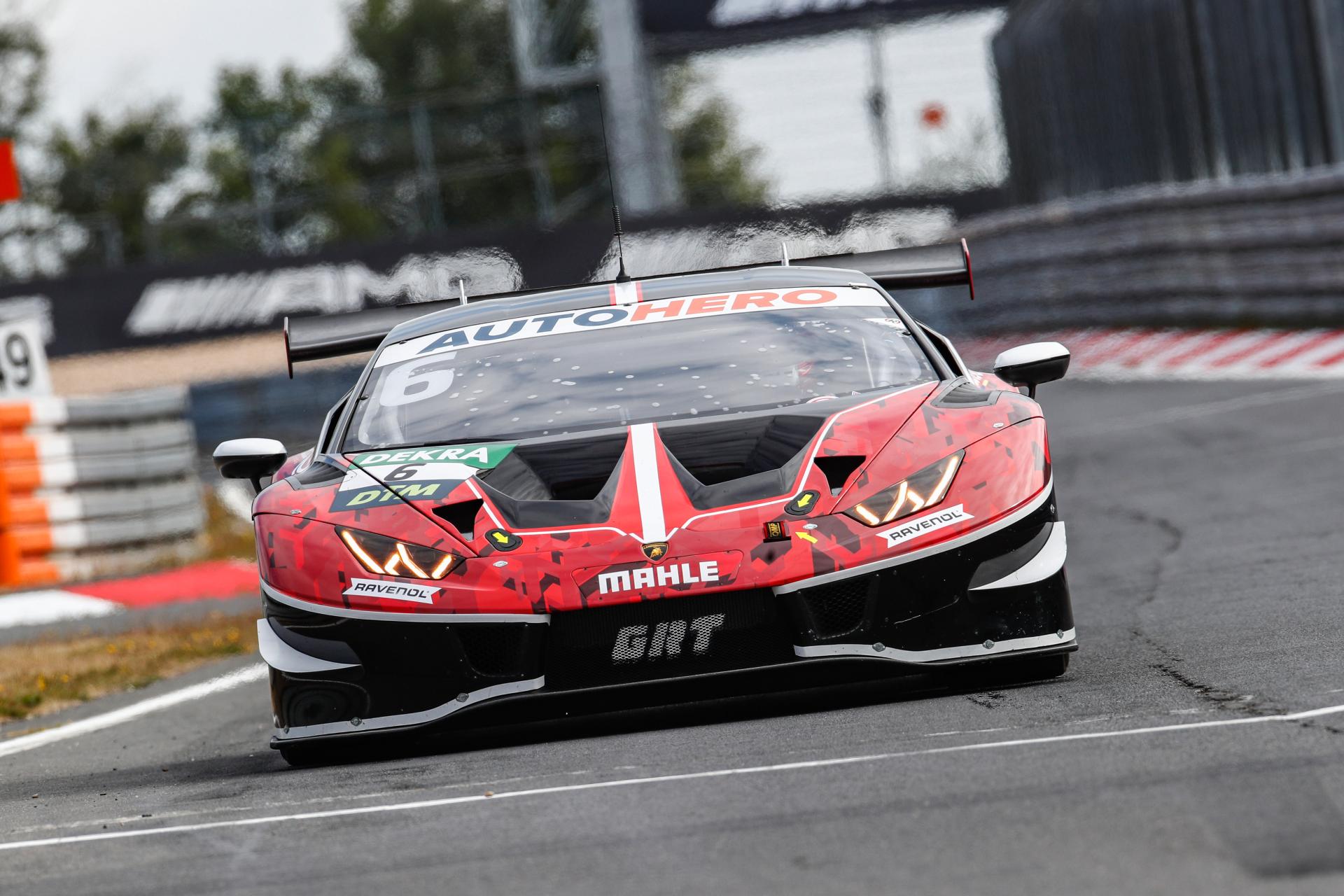 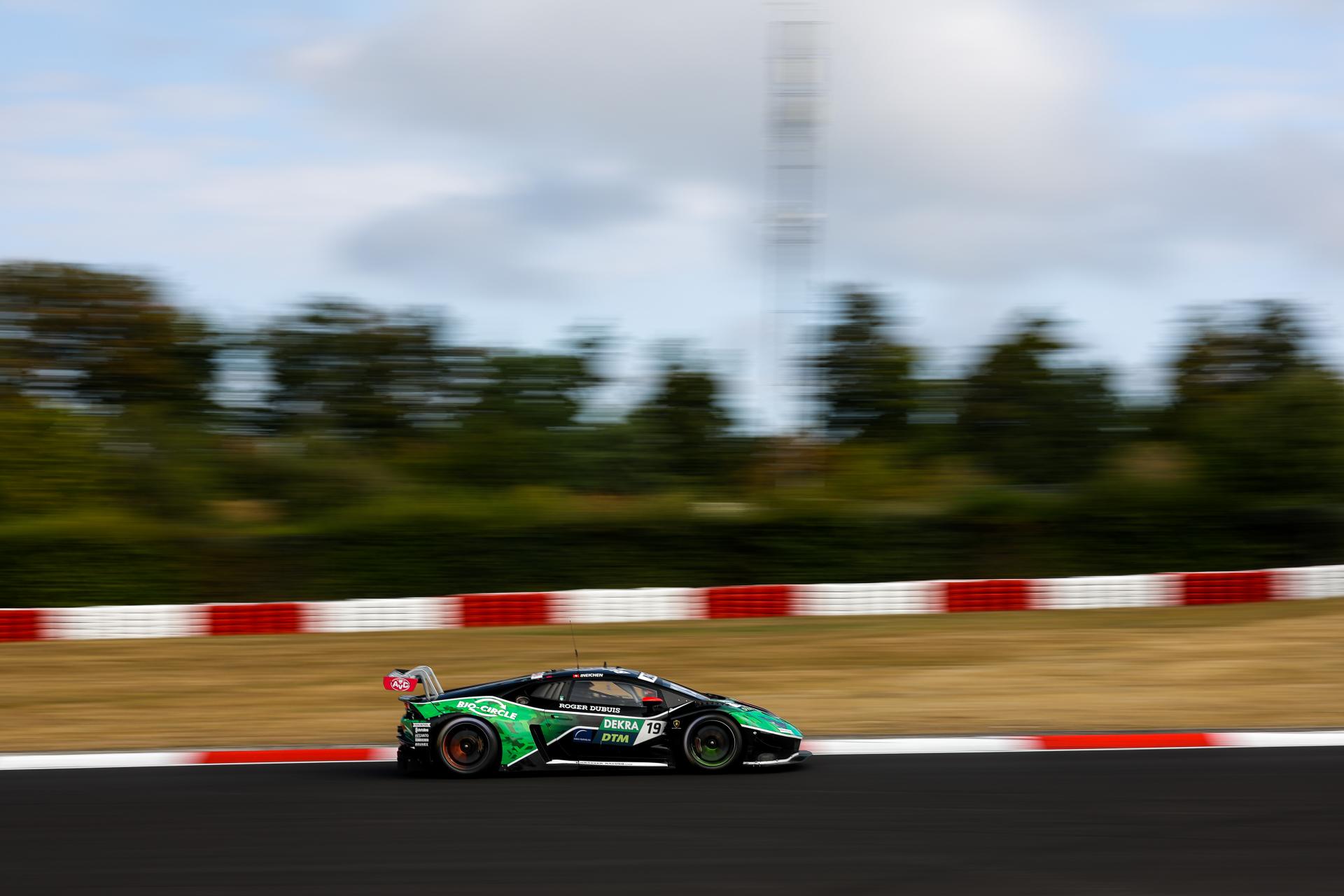