GRT takes over championship lead in the DTM: Mirko Bortolotti scores another Podium in Portimão

Successful debut weekend for GRT in the DTM. The Lamborghini team from Austria departs from the season opener at the Autódromo Internacional do Algarve with the championship lead in their bag. Lamborghini factory driver Mirko Bortolotti claimed another top result on Sunday carrying the success ballast of the previous day's podium. After second place in qualifying, he steered the number 63 Lamborghini Huracán GT3 EVO to a commanding third place in the race. In the standings, the Italian and GRT are leading the drivers' and team standings with 35 points. The next stop of the DTM 2022 will be at the Lausitzring from 20th to 22nd May.

In the second qualifying Mirko Bortolotti once again went all in. Just before the end, he took second place on the grid by going for just one run. During the early stages of the race, he initially maintained his position in chase of the leader. Due to the additional weight in his Lamborghini Huracán GT3 EVO, he was unable to attack to the front. The strategic approach then was to ensure scoring a top result. With this in mind, the 32-year-old avoided costly fights and let Ferrari driver Felipe Fraga pull away during his attack without putting in an uncompromising defence. The clever approach paid off, so that Bortolotti crossed the finish line in third place after the race distance of 55 minutes and one lap.

Mirko Bortolotti: "Third place felt like a defeat yesterday, but today it's a victory for us. With the extra weight in the car, it was the absolute maximum. Although I took pole yesterday, the lap I did in the second qualifying was my best this weekend. In the race I initially held the position but soon had to realise that the Ferrari had the better pace. It wouldn’t have made a lot of sense to block him with everything I have and lose time in the process. For me, a top result had absolute priority and we achieved that with this podium. We had a good start to the season and the championship lead is the deserved reward. The whole team did a mega job and that's how we have to continue."

For Rolf Ineichen, Sunday on the 4.653-kilometre roller coaster in the Algarve did not hold the longed-for racing luck. After the 43-year-old Swiss had to park his car shortly after the pit stop in the first race, he was not even granted the first half of the race in the second heat. After a good start, he was involved in a starting collision in the first corner without any involvement of his own. The DTM rookie had to end his Sunday after only a few metres due to the damage he suffered.

Rolf Ineichen: "The first weekend in the DTM was a really new experience. It's very different to anything I've done before. I have a lot to learn and it's a shame that both races were so unfortunate. In the first corner, several drivers collided in front of me. I avoided them, but then another car came flying at me from the side and we connected. That's tough, but that's racing. Nevertheless, I also take positive impressions from Portimão. The DTM is a fantastic challenge. The car demands a different driving style, especially when dealing with the tyres. It's my job to learn and implement that and I'm looking forward to this challenge."

The potential revealed on Saturday was unfortunately no guarantee for a successful conclusion to his DTM debut for Clemens Schmid. In a difficult second qualifying session, the rookie was unable to confirm his strong performance from the previous day. The race later did not offer the 31-year-old Austrian the chance to make amends. Like Rolf Ineichen, he was among the victims of the wild opening lap. His car was damaged in a contact in the first corner. The damage put a massive brake on his pace. After a lap-long fight with record world rally champion Sebastien Loeb, he was eventually flagged off in 19th place.

Clemens Schmid: "It was a DTM debut with mixed feelings for me. On Saturday, our strong pace was not rewarded and today, things did not go as I had hoped either. In qualifying, I struggled with the tyre temperatures. As a result, our starting position was anything but good. Nevertheless, I was confident that I could make up positions in the race, but Sunday was already decided for me after the start. I was hit by a competitor in the first corner and after that my steering was off. Carrying the damage, there was no way I was gonna move forward. We will draw our lessons from this weekend and attack again at the Lausitzring."

In his second DTM race, Alessio Deledda again reeled off important kilometres to familiarise himself with the Lamborghini Huracán GT3 EVO. The 27-year-old Italian, who only started in motorsport five years ago and was at home in open-wheel racing until recently, gained further experience in handling the GT3 machine on Sunday. From 29th on the grid, he moved up to 22nd position in the early stages of the race. A long first stint and a late pit stop gave him new insights into tyre management. After 33 laps he saw the chequered flag in 23rd position.

Alessio Deledda: "It wasn't an easy first weekend in the DTM. I still have a lot to learn and work hard on myself, because there is a lot of lap time I can still find. I think it's going in a good direction. I felt much more comfortable in the first stint today than on Saturday and the pace was better. However, in the second half of the race I started to struggle to keep the tyre pressures in the right window. Understanding the tyre is extremely important and I will work on it until the Lausitzring. I am confident that we will get better results soon."

Gottfried Grasser, Team Principal of GRT: "It was a fantastic start for us in the DTM. I think our position in the championship shows that we got many things right. In this incredibly competitive field, it's crucial to consistently deliver top results and we managed to do that in Portimão. Nevertheless, losing the win on Saturday immediately made us realise that we can't afford to make the slightest mistake. There were one or two things that didn't quite fit as we had hoped. But we worked on them with strong teamwork and I am proud of our entire team that made this successful debut possible. It's not easy for any competitor to stay flawless in this tough championship and we certainly succeeded best here." 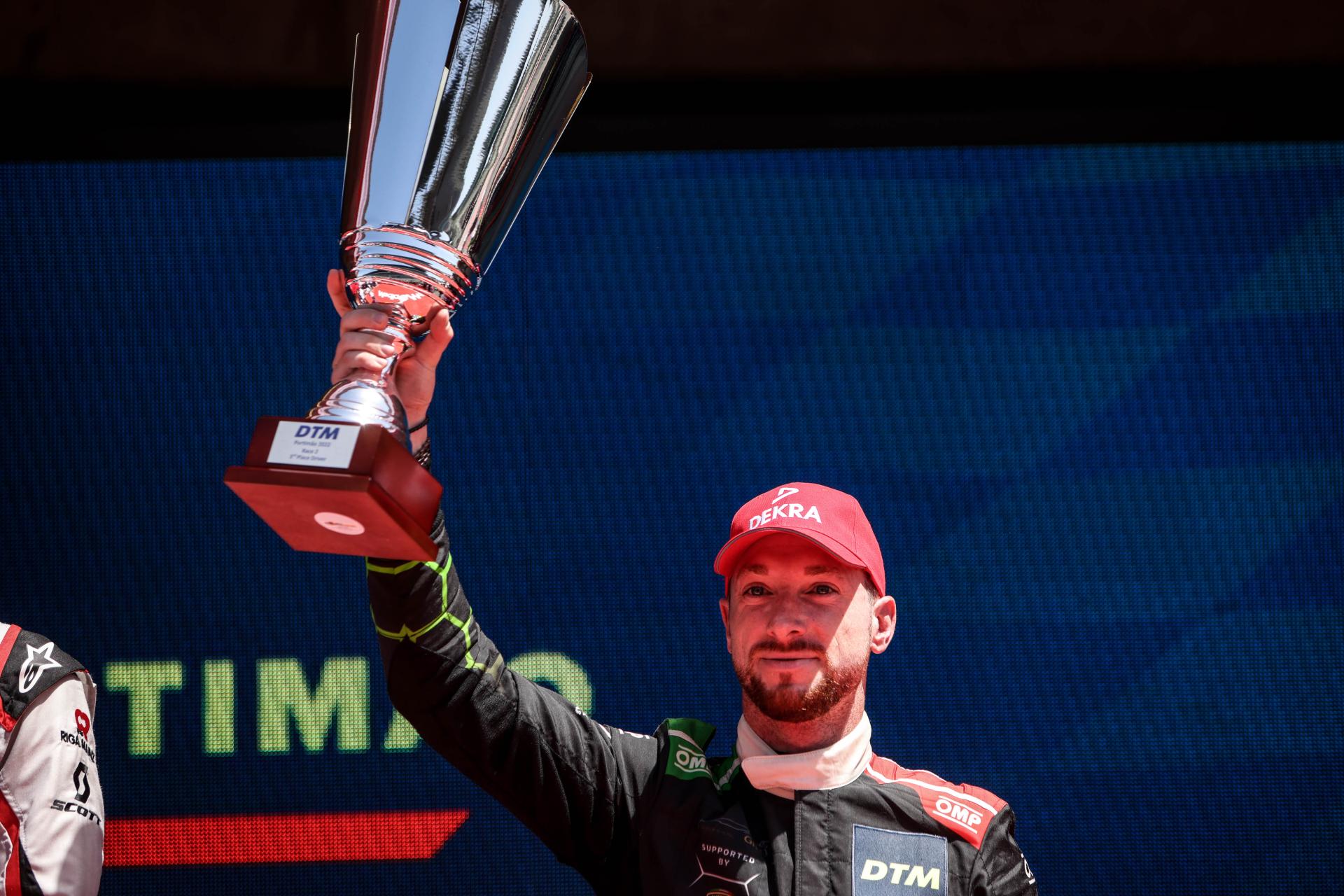 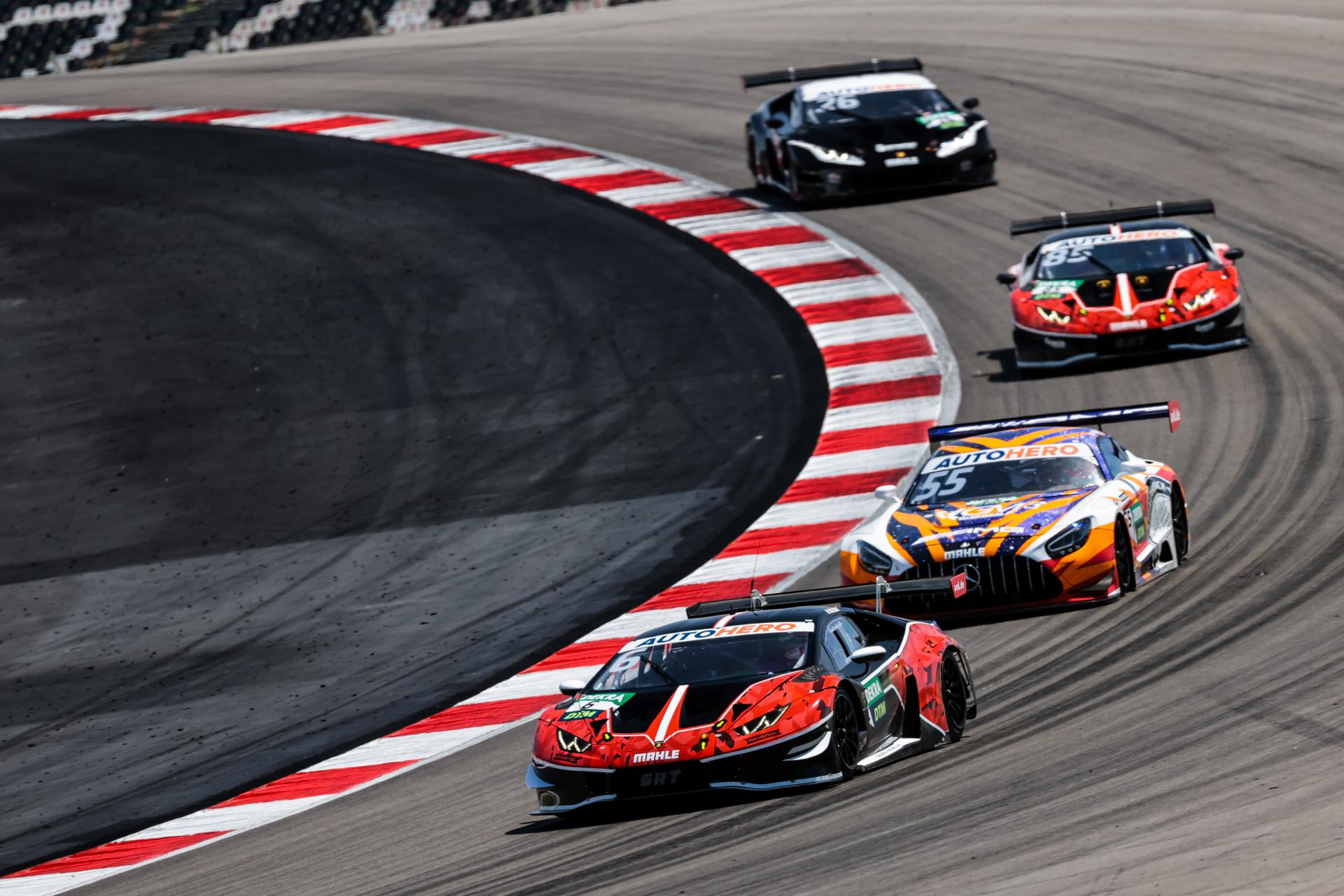 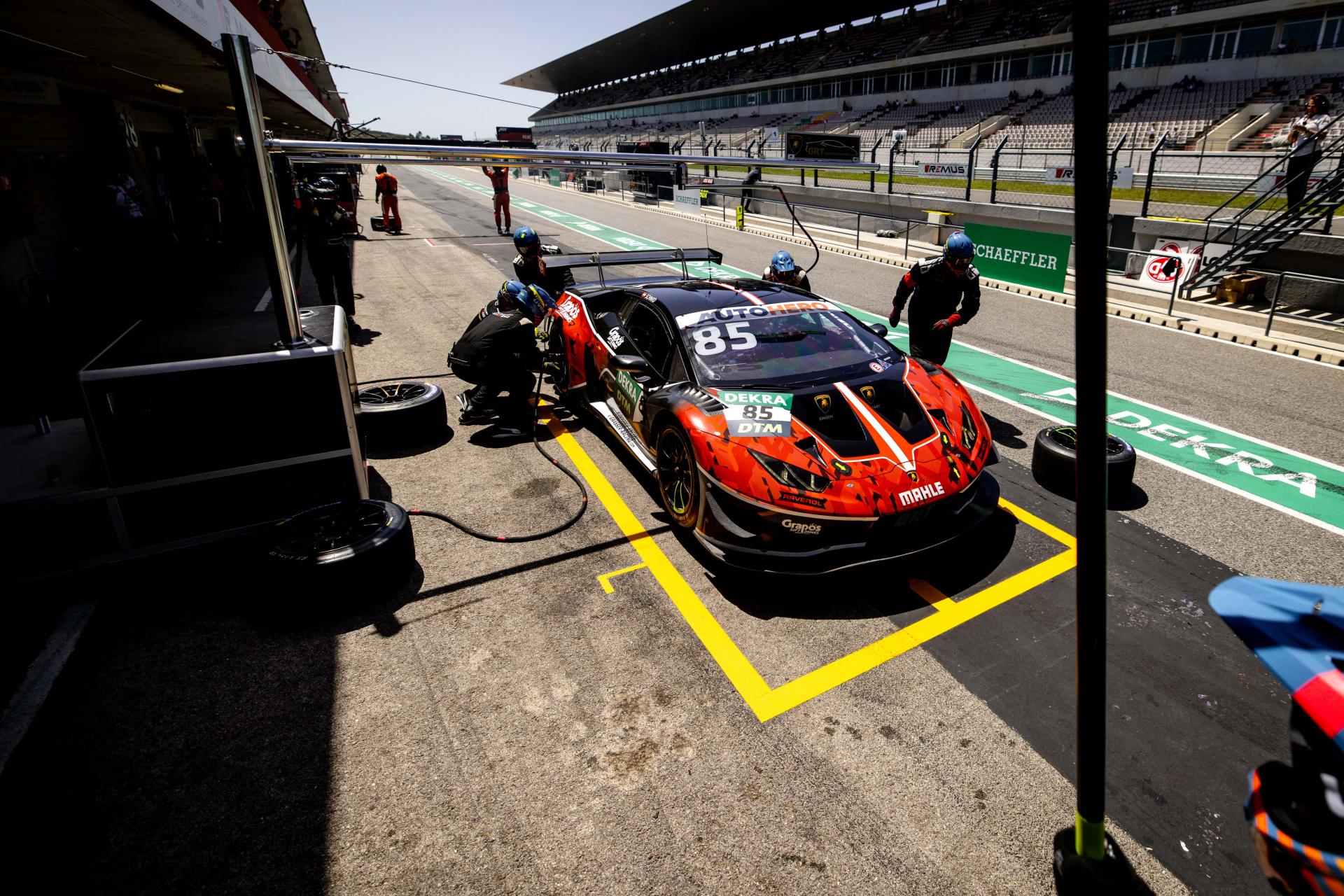 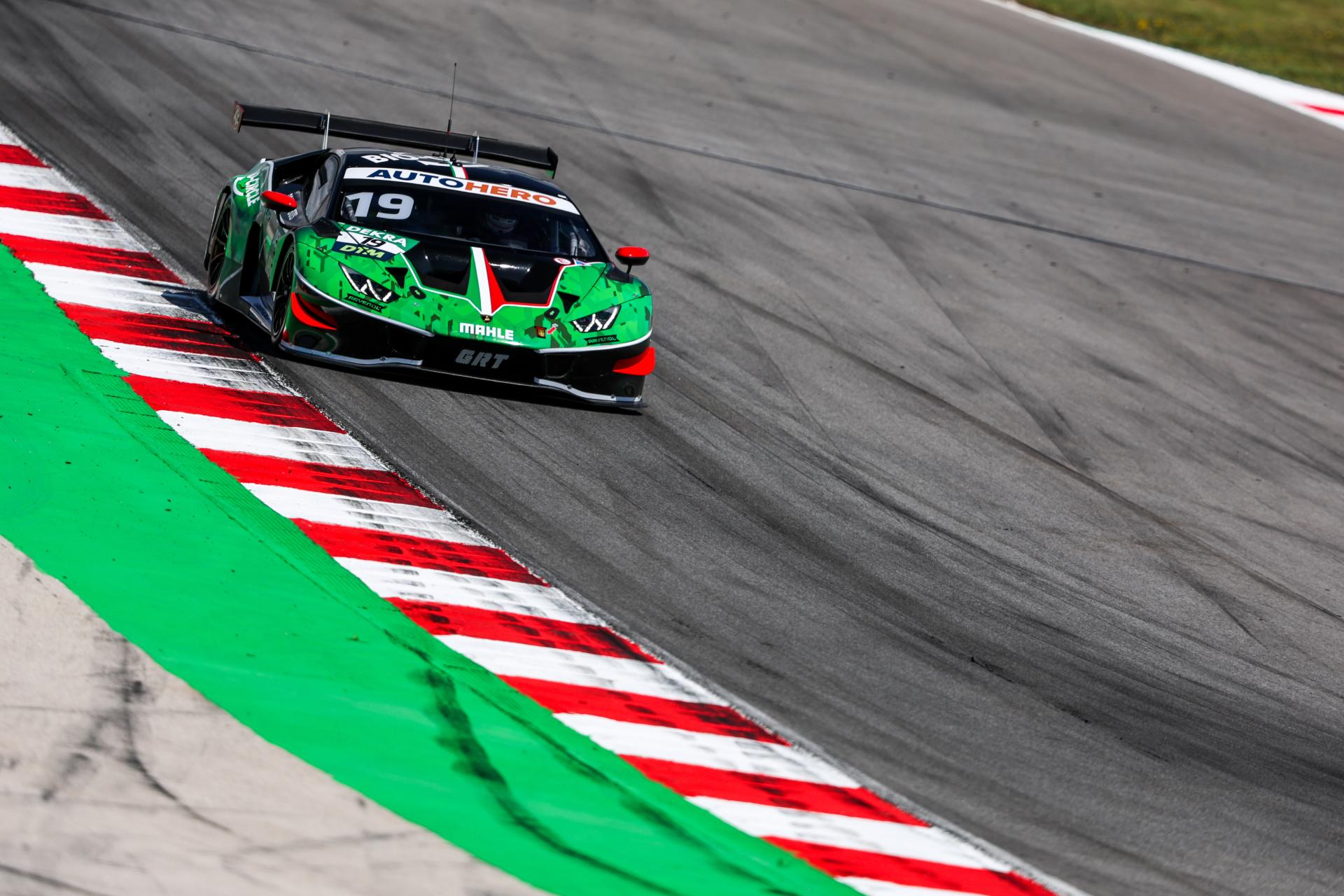