GRT's efforts pay off in Sunday's DTM race at Spa-Francorchamps

GRT experienced a Sunday full of challenges at the DTM in Spa-Francorchamps. In the twelfth race of the season, Mirko Bortolotti fought back from a difficult starting position to finish tenth on the Ardennes rollercoaster in Belgium. The Lamborghini factory driver secured one point for the overall standings with his ninth points result of the season. Rolf Ineichen set the fastest lap in the Lamborghini Huracán GT3 EVO, which was rewarded with his first point in the DTM. Alessio Deledda finished in 18th place. For Clemens Schmid, the race ended prematurely after a collision through no fault of his own.

As on the previous day, qualifying took place in mixed conditions and cool temperatures around 15 degrees Celsius. On a drying track it was important to find the right time to change to slicks. Clemens Schmid was the first GRT driver to switch to dry tyres. In the final minute, he took advantage of the track evolution to qualify in ninth place on the 27 cars strong grid. Mirko Bortolotti did not have a run in clean air during the crucial stages of qualifying and remained on row eleven. Grid positions in rows 13 and 14 for Rolf Ineichen and Alessio Deledda rounded up the team result.

In the second race of the weekend over a distance of 50 minutes plus one lap, the weather remained stable. Mirko Bortolotti started from 20th position due to grid penalties of other drivers. Until his pit stop on the seventh lap he worked his way up to 18th position. As on the previous day, the strategy worked out, so that the 32-year-old Italian found himself in ninth position on the 18th lap. A late full course yellow and a turbulent restart meant that he was in for a wild last lap. Briefly relegated to 13th place, he overtook three competitors within a few corners to finish tenth.

Rolf Ineichen went into the twelfth race of his DTM career with a disadvantage. The 44-year-old Swiss had a drive-through penalty imposed on him for an incident on Saturday. After serving the penalty on the second lap, he benefited from a clear track at the back of the field. In the early stages, he set consistent lap times at the same level as the front runners. His tyre change on the tenth lap again gave him clean air again, which enabled him to exploit the performance of the car on fresh tyres. He set the fastest lap of the race with a time of 2:19.135 minutes, which earned him his first point in the high-profile championship. He saw the chequered flag in 17th place.

For Clemens Schmid, the well-deserved reward once more failed to materialise on Sunday. The 32-year-old was running in 15th place until his pit stop on the fifth lap. After his tyre change he got bumped into by a competitor who swerved into the fast lane following an unsafe release. This damaged the suspension of the Austrian's car. As a result of this, he had to pit three laps from the finish and end his race prematurely.

Meanwhile, Alessio Deledda gained further experience in the number 6 Lamborghini Huracán GT3 EVO. This weekend was the 27-year-old Italian's first time in a GT3 car on the demanding 7.004 km long Grand Prix circuit of Spa-Francorchamps. In the second race, he put into practice what he had learned on Saturday and finished 18th.

Mirko Bortolotti: "We had a difficult starting position again. In qualifying, we didn’t get the timing right with the tire strategy. However, we made good progress in the race again. I was in P9 when the FCY was deployed. At the restart we had no chance against the straight-line speed of some cars which dropped me down to P13 after Eau Rouge, but I managed to fight back to P10 by the end of the lap at least."

Rolf Ineichen: "Qualifying was a lottery again and we didn't make the right decision. I therefore started far back, but for me the race played out there anyway because of my penalty from Saturday's race. In the end, however, that helped me a lot. Unlike the rest of the field, I wasn't stuck in traffic and was able to find a good rhythm. After the pit stop, I made use of the performance with new tyres and less fuel on board. The balance of the car was very good and I was very happy about the fastest lap and my first point in the DTM."

Clemens Schmid: " Our day actually started very well. In qualifying, we changed to slicks in just the right moment. I was doing very well on my last lap until I ran into traffic in the last sector. We could have done a bit better, but we were happy with ninth place. In the race, unfortunately, we again didn't have luck on our side. In the pit lane, another driver steered straight into my side after his pit stop. The steering of my car was bent after that and we had no chance for a good result anymore, so we had to retire."

Alessio Deledda: "On the first set of tyres I was not happy with my pace. After the pit stop, things improved and my lap times were a bit closer to the competition. Unfortunately, I couldn't test at Spa and I felt this deficit throughout the weekend. There was progress, but I had hoped for more. Apart from that, the race was quite eventful for me. I had to avoid an accident in the pits when I was squeezed by another rider. I managed to have a good restart for the last lap and gained a few positions, but someone drove into the back of my car in the middle sector and I fell back again."

Gottfried Grasser, Team Principal of GRT: "Of course, we can't be satisfied with the points haul. We didn't make the right decisions in qualifying this weekend and made life very difficult for ourselves. Mirko drove another fantastic race and against all odds managed to finish in the points. It was really important to get a result after all. Rolf also put in a great performance. He had an advantage because of his track position, since he was always alone on the circuit. Nevertheless, with his fastest lap he showed his high level which we have seen from him regularly in the past in other race series. Alessio has improved again compared to Saturday. Spa was an enormous challenge for him and he coped well with it. It was a shame for Clemens after his strong qualifying. In the pit lane, people sometimes drive without any consideration and this ruined his race. His car was damaged after the collision and the other driver was only instructed by the stewards to give back his position. That is definitely not enough for an unsafe release. We are talking about really dangerous situations for our mechanics and this should be penalised more severely." 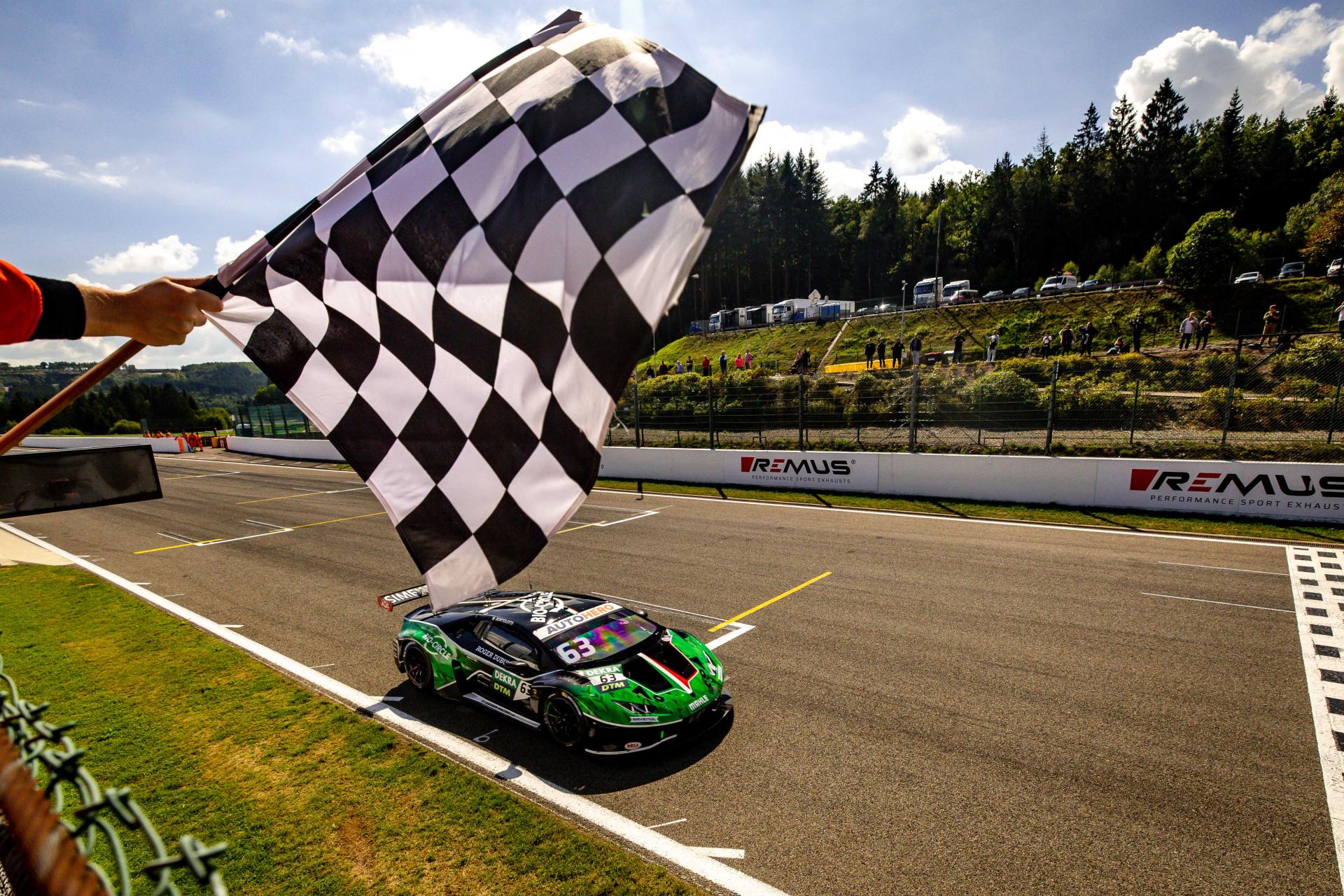 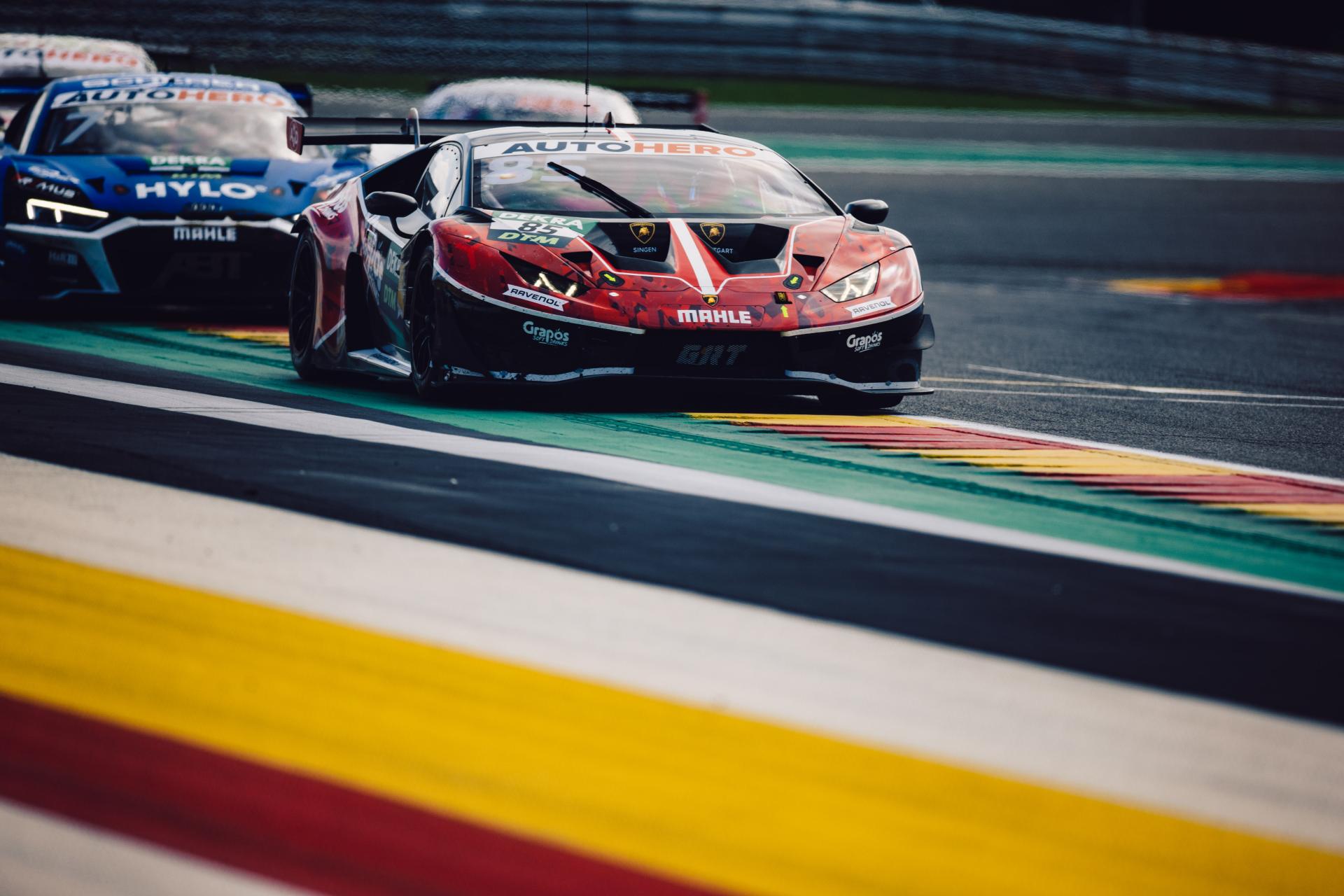 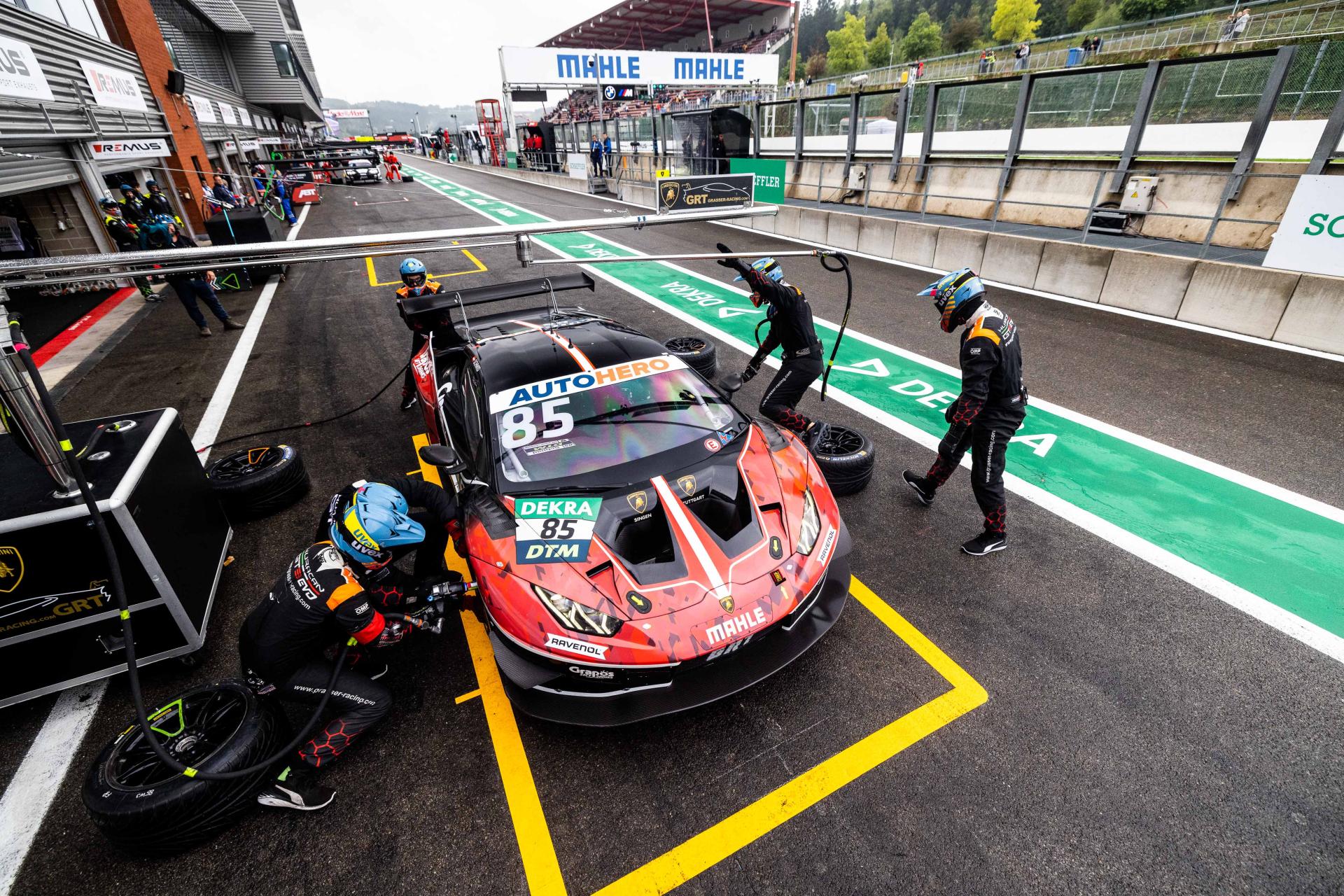 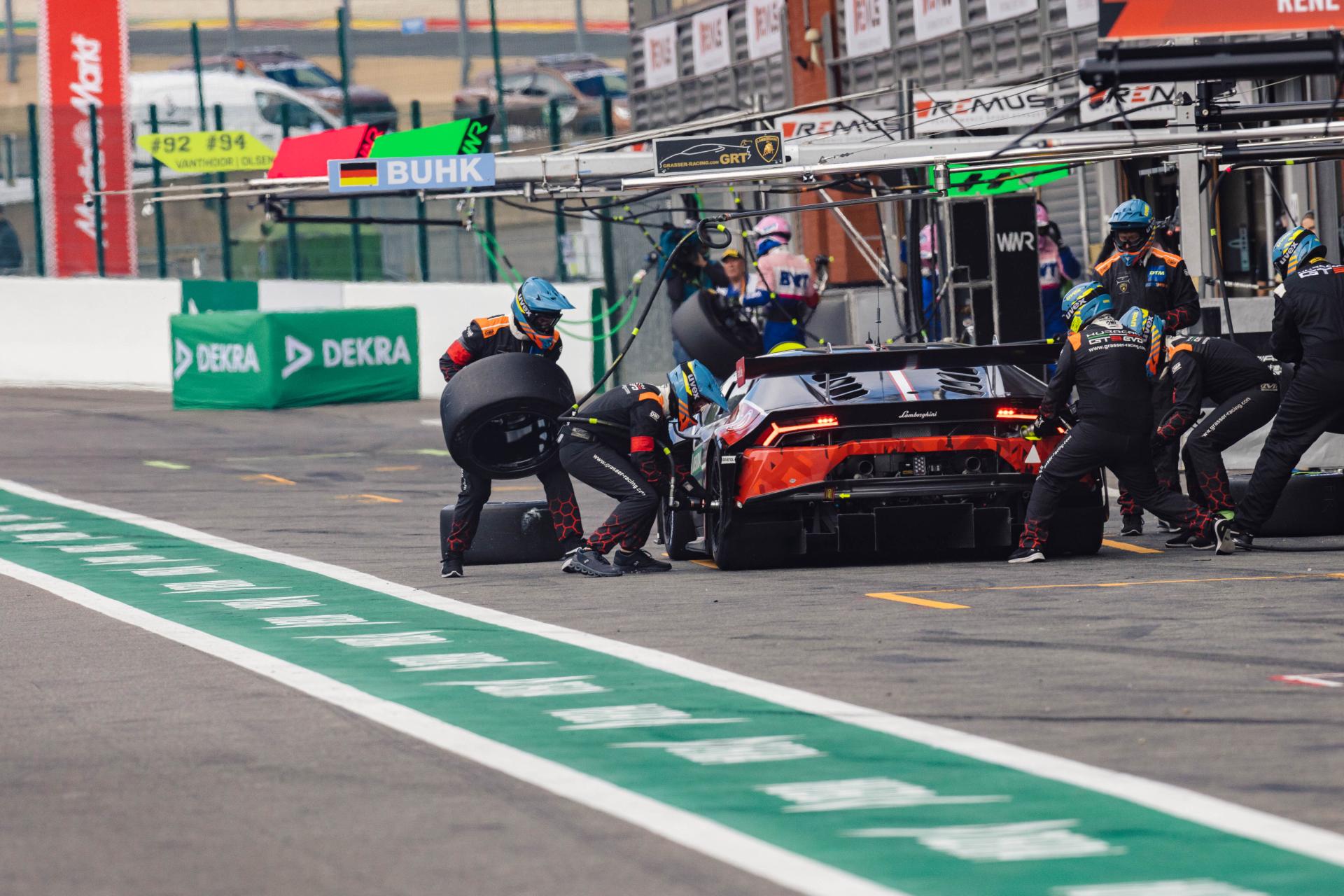