New challenge for GRT at the halfway mark of the DTM season. In the debut year of the Austrian Lamborghini outfit, a special highlight in the prestigious racing series is on the agenda from 1 to 3 July. The legendary Norisring is both the big standout venue on the DTM calendar as well as an entirely new territory that awaits the four Lamborghini Huracán GT3 EVOs and their crews. For the first time in the history of the team, Grasser Racing will be competing on the tradition-steeped street circuit in the heart of Nuremberg. Among the drivers, Clemens Schmid and Rolf Ineichen can draw on their experience from the Porsche Carrera Cup. For Mirko Bortolotti and Alessio Deledda, on the other hand, it will be their first appearance at the Norisring.

The races in Bavaria mark the fourth of eight stops in the 2022 DTM season, with GRT most recently continuing their successful run at the Lamborghini home race in Imola. Lamborghini factory driver Mirko Bortolotti claimed his third podium of the season in Saturday's race after a brilliant recovery from 16th on the grid. On Sunday, the 32-year-old Italian followed up with his sixth points result out of six races. In the drivers' standings, he reduced the gap to the leader by three points. Before the event at the Norisring, he is twelve points adrift in second place.

Clemens Schmid celebrated the best weekend of his DTM career so far in Imola. The rookie impressed in both qualifying sessions as the best-placed Lamborghini driver on the grid. Fourth and fifth place in the DTM field of 28 top-class competitors were quite a statement from the 31-year-old Austrian. In the first race, he scored his maiden points in the DTM with sixth place and, together with Mirko Bortolotti, achieved GRT's strongest team result in the series. Thanks to the strong team performance, Gottfried Grasser's squad ranks fourth in the team standings.

DTM rookies Rolf Ineichen and Alessio Deledda made further progress behind the wheel of the Lamborghini Huracán GT3 EVO in Italy. In the first race, Rolf Ineichen showed fast lap times on a par with the to-ten. At the finish, the 44-year-old Swiss was 15th, just four seconds behind the points. Alessio Deledda again showed a steep learning curve on Sunday. In only his sixth GT3 race, the 27-year-old Italian kept up with the field and finished 16th.

The Norisring: DTM tradition on the streets of Nuremberg

With its unique character, the Norisring has a special place in the over 30-year history of the DTM. The venue, which was first used for racing in 1947, is considered one of the standout venues in German motorsport. The street circuit, which is temporarily put in place for the events, hosted the DTM for the first time in 1987 and has since been one of the highlights on the calendar. Not only the traditional background and the atmosphere in the middle of the city of Nuremberg give the Norisring it’s special vibe. The layout differs considerably from permanent circuits and ensures hard battles in action-packed races.

There are only four corners to negotiate over a length of 2.3 km. On the short lap, the gaps are extremely small and the fight for every thousandth of a second is even more intense. The walls and barriers do not forgive any mistakes in the hunt for fast laptimes. In the race, on the other hand, the wide racetrack is an invitation for daring manoeuvres. In the two hard braking zones before turns one and four, there is plenty of room for a decisive move. The weather forecast adds to the excitement. With temperatures around 30 degrees Celsius, rain showers and thunderstorms can turn things upside down at any time.

Special qualifying-format at the Norisring

The DTM race weekend comprises a total of six sessions in the 2022 season. On Friday, two practice sessions of 45 minutes each are on the schedule. Qualifying will be held at the Norisring in a new format that was altered to fit the special venue. Based on the overall standings, the field will be split into two groups. The groups will be divided according to odd and even positions in the classification. Qualifying for Group A will take place on Saturday at 9:40 am, while Group B will also have 20 minutes from 10:05 am. On Sunday, Group B may take to the track first. As usual, the race will start at 13:30 on both days. The distance is 55 minutes plus one lap.

GRT's races in the DTM at the Norisring will be broadcast all over the world as usual. In previous years, the events of the internationally renowned series were aired on TV as well as via streaming in over 60 countries. In German-speaking countries the 2022 DTM season will be broadcast on ProSieben (Germany) and ServusTV (Austria). Audience in the UK are able to watch all the action on BT Sport while Fans in the USA and Canada will be provided with DTM coverage on Motortrend. In addition, there is DTM Grid as an extensive online service that offers fans the full live action including timing, highlights and much more.

Gottfried Grasser, Team Principal of GRT: "Being at the Norisring for the first time is a really nice milestone for our team. I was last there 20 years ago when I was still driving myself. The race track is still something very special and a huge highlight that we are really looking forward to. It will be an enormous challenge to compete there, different from the other venues on the calendar in every aspect. We have no experience at the Norisring. Preparing for the weekend we have to deal with the special character of the circuit in order to set up the Lamborghini Huracán GT3 EVO. With the stop-and-go layout, it's all about good traction and stability on the brakes. I expect it to be very interesting for us already in the practice sessions." 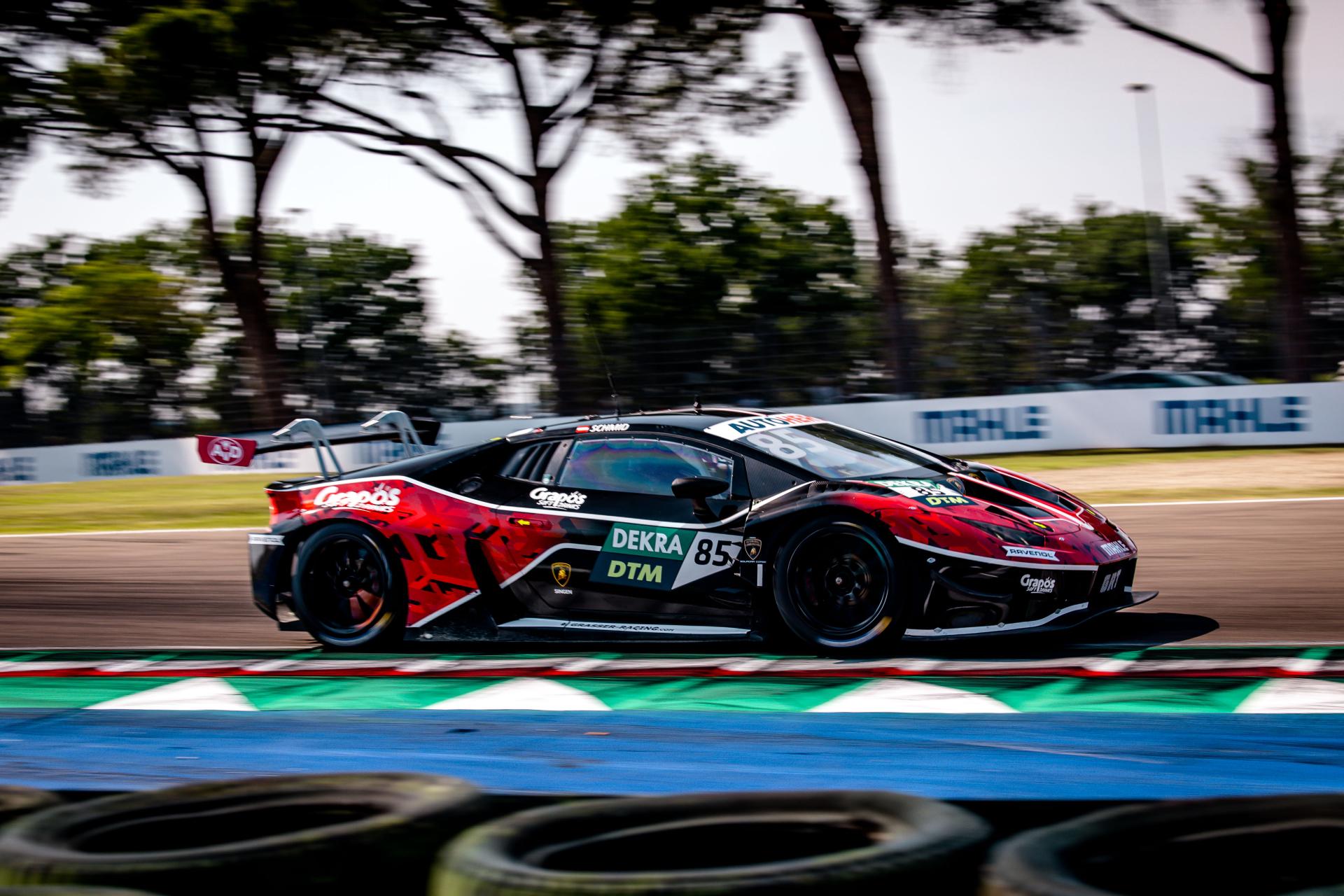 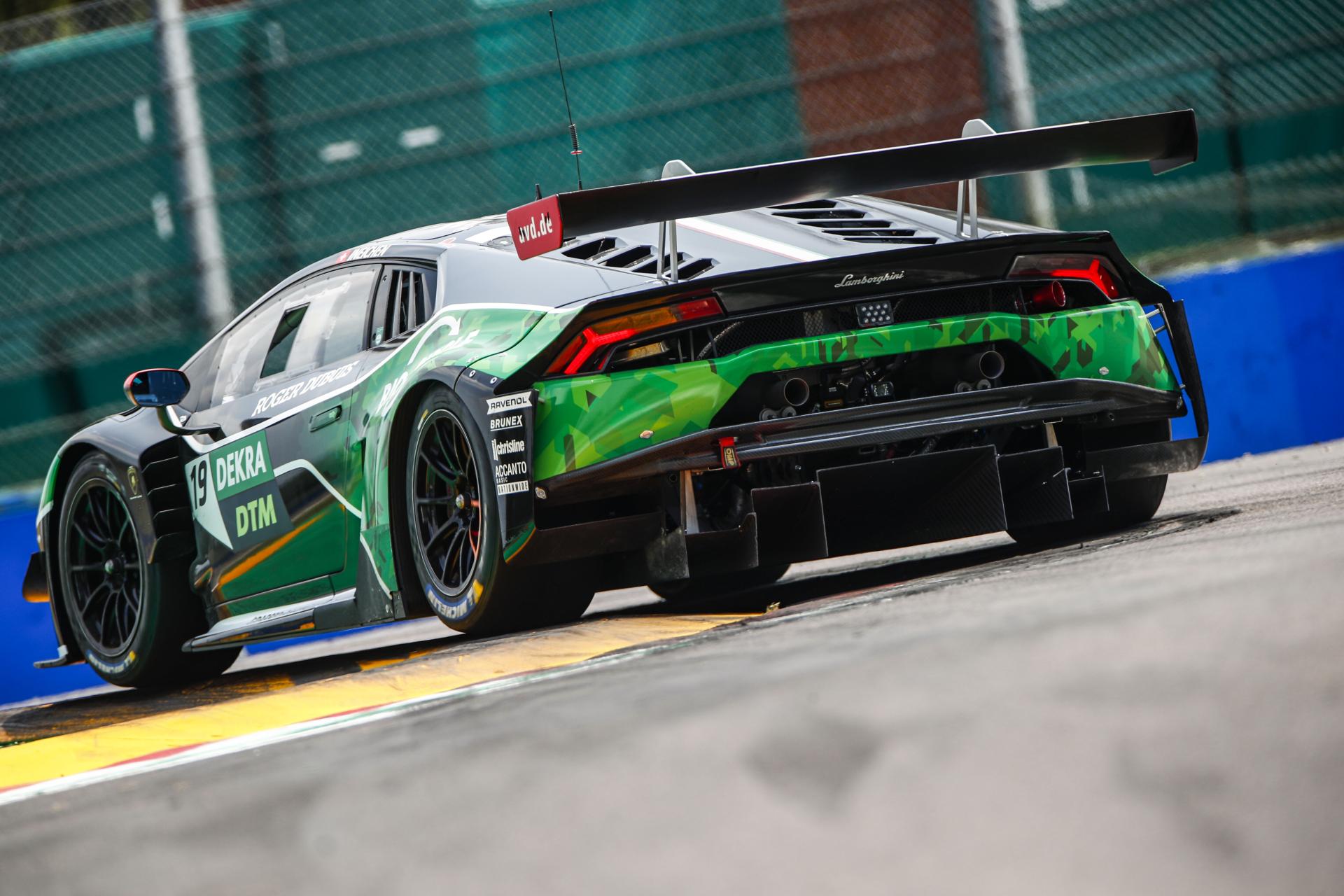 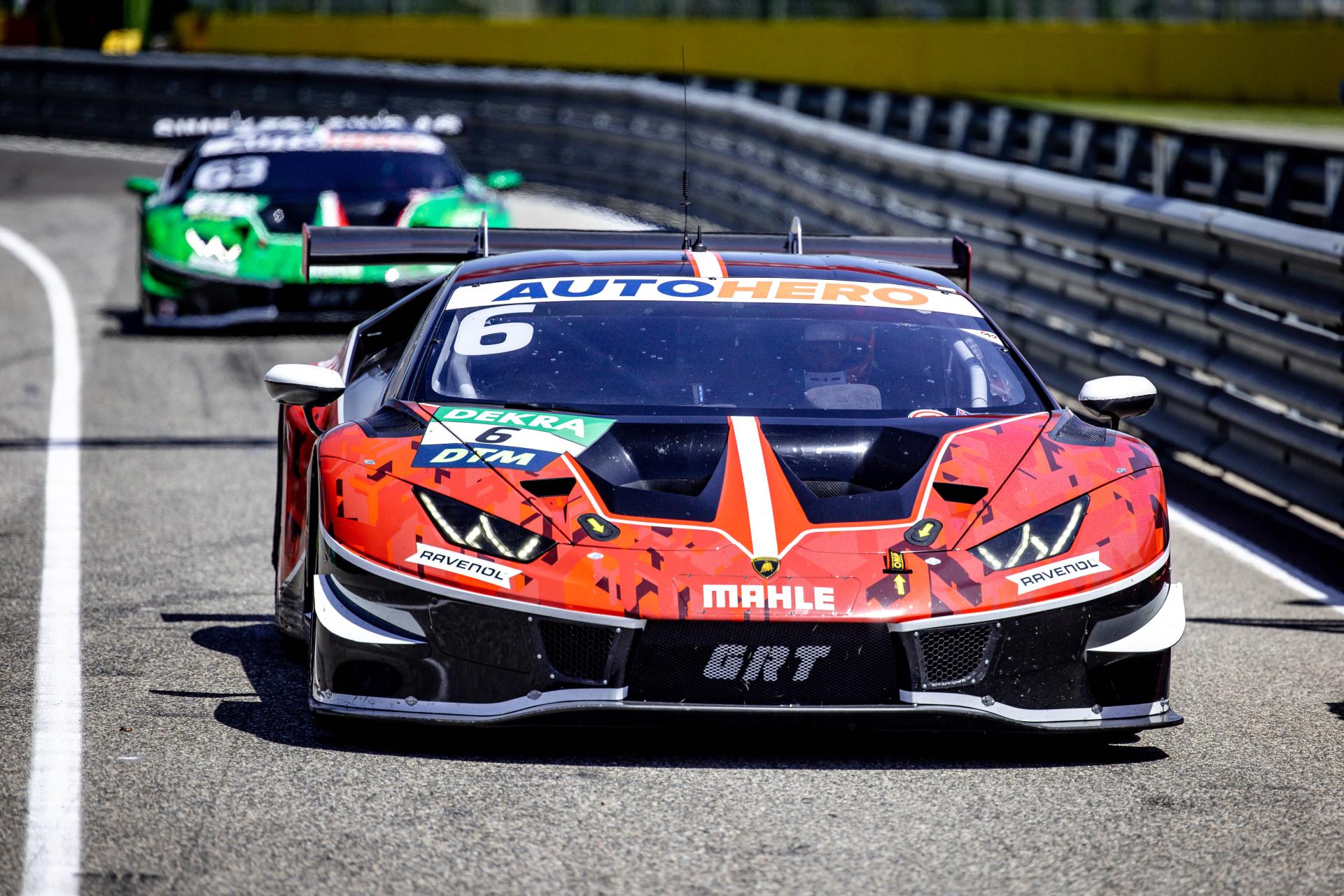